It’s a good thing that the 4 of us get on as this week we have done 892 miles of driving. That’s a lot of time spent in a car together, even if Matt and Nick spend a lot of it sleeping! 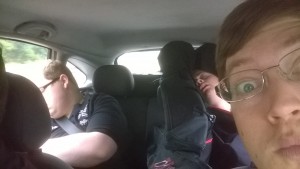 Paul has recently been doing an extended project in a school in Bolton over the past 6 weeks. This culminated in the whole quartet going in on Wednesday morning to do 2 workshops including getting up some of the children paul had been working with to play pBones and conduct the quartet. It was obvious that Paul had created a brilliant relationship with the children and teachers and came away with 2 cards from the different groups he had worked with! Bravo Paul! 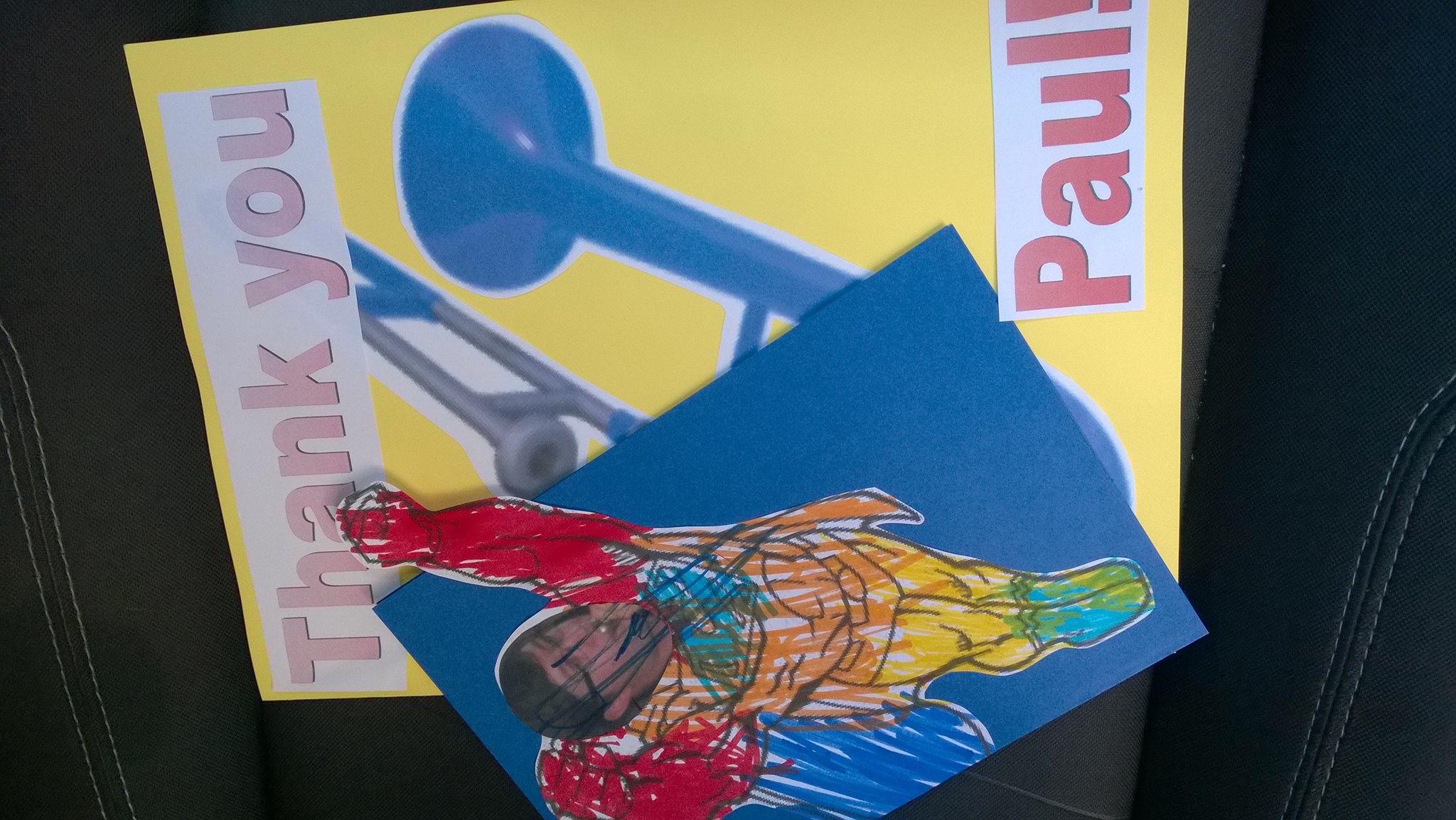 Thursday saw the quartet split in 2 again to go to our respective schools in St Helens and Liverpool. These projects are going well with both groups aiming towards final concerts at the start of July.

Having recently been featured on ‘In Tune’ with Sean Rafferty on BBC Radio 3, the quartet now traveled to Blackburn for BBC Radio Lancashire. With an audience of roughly 30 ladies from a local church group watching on the quartet performed a mixture of pieces from their workshop and recital repertoire, including getting presenter Sally Naden and a few of the audience performing Mars with the quartet. They also talked to Sally about their educational work and upcoming events 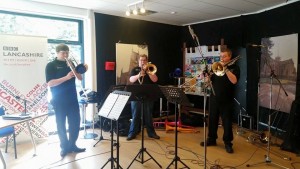 If you missed the broadcast then you can listen again for the next 27 days at http://www.bbc.co.uk/programmes/p02sp6bc

On Sunday the quartet were at the mac center in Birmingham doing 2 1 hour workshops for people with special educational needs.  It was a great event with fun had by all with the quartet performing some of their repertoire as well getting the audience to play the pBones, conduct the quartet, play percussion and even sing along with some tunes they recognized!

The next few weeks bring a bit of a rest for the quartet in terms of travelling with both duos still going to St Helens and Liverpool on Thursday but no long trips! There will be no rest for them though as they continue their preparation for an upcoming wedding, garden party, recital and workshops in the coming months.

The quartet were invited to another AgeUK centre, this time in Gorton at the Melland Day Centre...

Just Paul from the quartet has completed his Live Music Now Level 1 with two other fantastic..

The quartet had the pleasure of performing at the Meadowcroft Centre, an Age UK centre based on the..